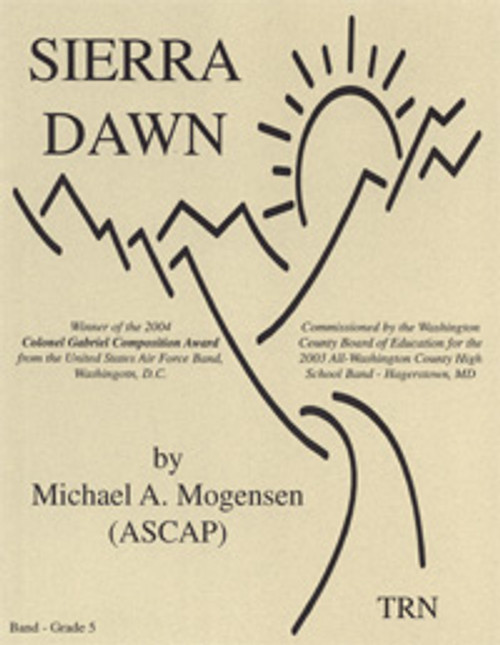 Commissioned by the Washington County Board of Education in Hagerstown, MD, Sierra Dawn received its world premiere performance at the historic Maryland Theatre in February, 2003. It was written as a show-piece for the All-Washington County High School Honor Band and was guest-conducted in its premiere performance by Dr. Harlan Parker from the Peabody Conservatory of Music. The work features dark, modal harmonies, majestic and reflective melody lines, and vigorous, energetic rhythms. The Sierra Nevada mountain range served as inspiration, and Sierra Dawn aims to evoke emotions one might experience during a beautiful and magnificent mountain sunrise. Sierra Dawn was awarded the prestigious Colonel Arnald D. Gabriel Composition Prize from the United States Air Force Band in Washington, D.C.