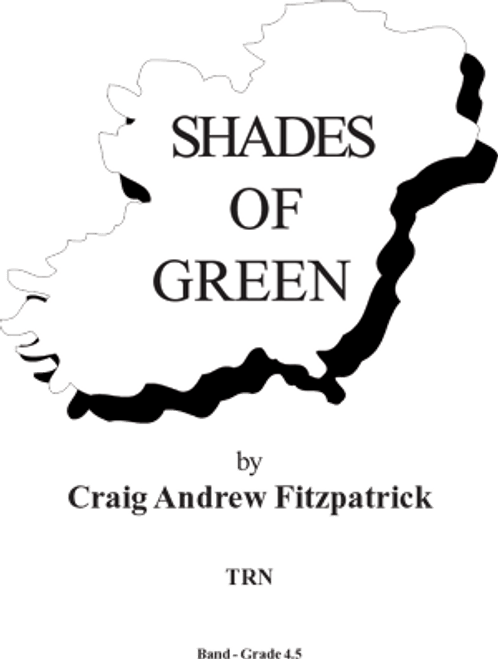 Shades of Green was written for the Prairie Wind Ensemble of East Peoria, Illinois. The work was initially inspired by a trip I took to Ireland in 2001. The title is meant as a reference to the appearance of Ireland from the air as you fly into the country.

The work employs two Irish folk tunes. The first that you will hear is “Bonny Light Horseman,” a lyrical tune first heard in the piano and woodwinds at the beginning of the piece. The second tune is a light and playful melody called “Green Bushes.” This theme is stated many times throughout the faster sections of the work. Both of these folk melodies are woven together throughout the piece and have an almost conversational quality in their interaction. Additionally, it was my goal to set these melodies in a more contemporary way, joining the old and the new into one.