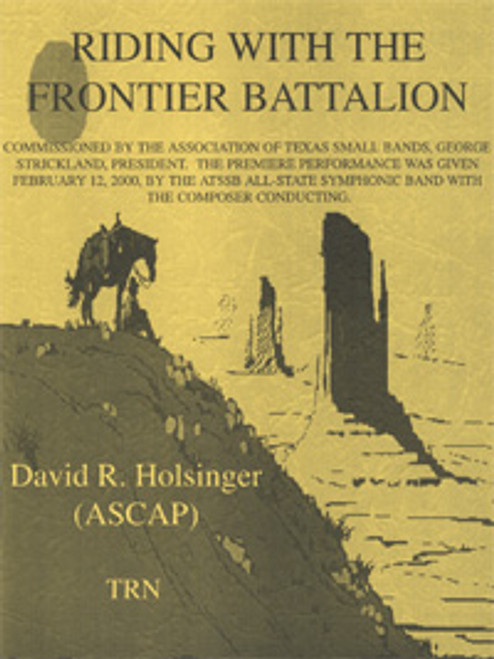 Riding with the Frontier Battalion

Riding with the Frontier Battalion

In 1820, Stephen F. Austin, best known as the Father of Texas, requested and received permission from the Mexican government for 300 families to enter the territory of Texas. By 1823, the need became apparent to create a force in order to provide the pioneers with protection from the hostile elements. On August 10, 1823, since Texas was then part of Mexico, Stephen F. Austin sought and obtained additional permission from the Mexican government to employ ten men, from a group of volunteers, to protect the new Texas frontier. Since their fundamental duty was to "range" over wide areas scouting the movements of renegade Indians, these men became known as "Rangers". In 1835, the Texas Rangers were formally organized with 25 men to form one Ranger Company. At that time the Rangers primary concern remained, to protect against hostile Indians, outlaws, and Mexican bandits. Following the Civil War, in 1874, the Texas Legislature passed a bill creating six Ranger companies to restore law and order in the state. The six Ranger companies, known as the Frontier Battalion, existed until 1901, when the Texas lawmakers reorganized the Frontier Battalion into the Texas Ranger Force, the immediate predecessor of the modern Texas Ranger, a law enforcement tradition synonymous with integrity, courage, and honor. Riding with The Frontier Battalion was commissioned by the Association of Texas Small School Bands, George Strickland, President. The premiere performance was given February 12, 2000, by the ATSSB All-State Symphonic Band with the composer conducting.