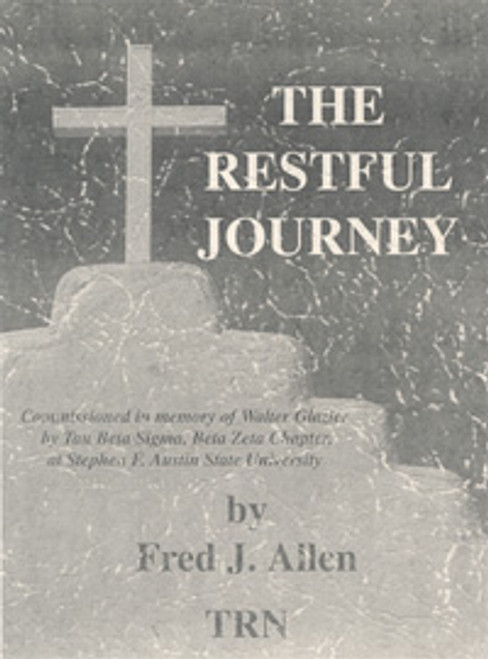 In the spring of 1994, the Beta Zeta chapter of Tau Beta Sigma at Stephen F. Austin State University approached newly appointed Director of Bands, Fred J. Allen about writing a piece in memory of Walter Glazier. A 1990 graduate of SFA, Walter Glazier had been an integral part of the band program. His sudden death in 1994 was a tradegy to all who knew him, but especially to the band students in Lindale, Texas, where he was employed as the time of his passing. The saxophone solos represent Walter's participation in the band as a saxophonist. The chorale of hymn-like thene is first heard in a minor key, representing the struggles of earthly life. After some transitional material, this theme is cast in a major key, indicative of the peaceful reat that follows this journey called life.