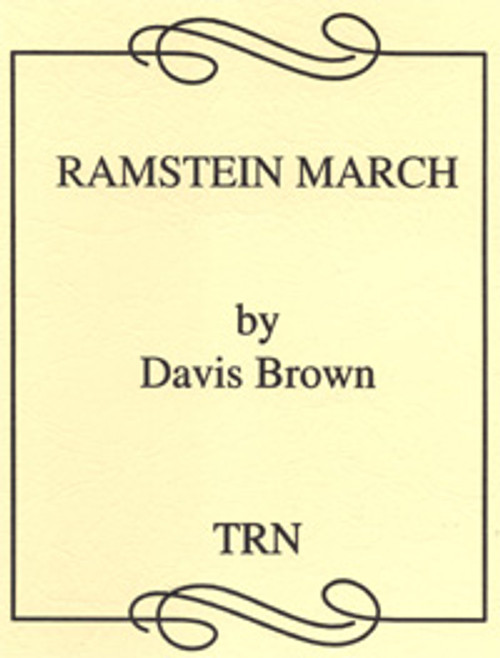 Composed in 1996, Ramstein March is the official march of the 86th Airlift Wing, United States Air Force, at Ramstein Air Base, Germany. This is the first of a series of official marches in the Sousa style for various Air Force organizations, all composed by Davis Brown, who in addition to composing is also an Air Force officer. Listen for hints of the German national anthem in the background.