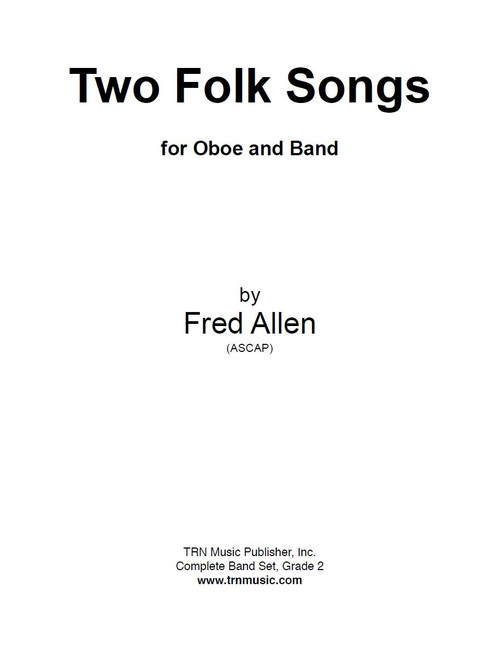 This setting contrasts two folk songs, one Welsh and the other American. The tune to Jenny Jones (Cadair Idris) was written by John Parry (Bardd Alaw) in 1804. As with many folk songs, different sets of lyrics have been set to this tune throughout its existence. Some perform this song in the style of a Morris dance, but it also lends itself to a lyrical andante treatment. The song Jenny Jenkins is an American courting game song. Suitors ask Jenny what color she will wear for her wedding, and she refuses each color, using rhyme and nonsense syllables to spurn her admirers. Though conceived for solo oboe with band, parts are included for several other solo instruments, opening up an array of possibilities for the conductor. Alternate solo parts are included for Klute, clarinet, alto saxophone, trumpet and trombone or euphonium. The band parts are Grade 2 and the solo part is Grade 3. There are multiple places for expressiveness, allowing each conductor an opportunity to create an individual performance. Duration: 3:00. The piece was commissioned for the Clements High School Band, Daniel Galloway, conductor, for their 2019 performance at the Midwest Clinic.