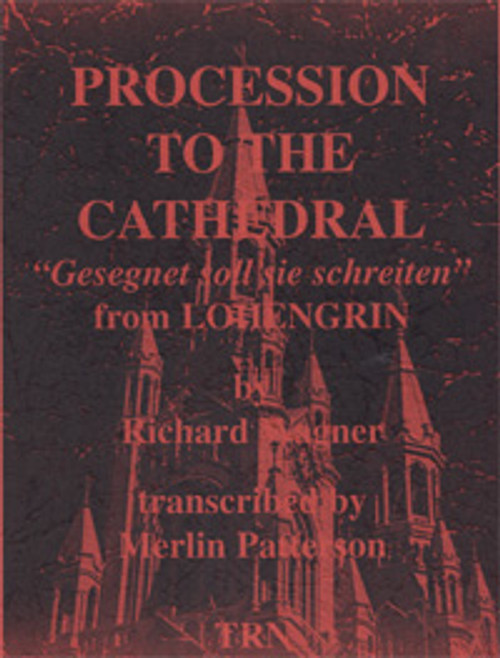 Procession to the Cathedral

Procession to the Cathedral

by R. Wagner / arranged by Merlin Patterson. Like many musicians who received their training and education in the "band world", I became familiar with Wagner's (Elsa's) Procession to the Cathedral not in its original operatic form, but through the standard band arrangement; an arrangement so widely performed over the last fifty years as to become something of a "sacred cow." So when my friend Eddie Green, conductor of the wind ensemble at The University of Houston, asked me to write a new transcription of the work, I knew I would be faced with a unique challenge: to write a "more transparent and colorful" setting (as specified by Mr. Green), one that would retain the power and grandeur of the original and be more faithful to Wagner's own wind scoring and overall orchestration, yet one that would also be accepted by the thousands of band musicians who know and love the standard arrangement. Upon examining the operatic full score, I was surprised to find that the first third of the piece was scored by Wagner for winds alone. I decided to retain this "orchestral" wind ensemble and gradually and carefully layer in the other instruments. The vocal writing, originally utilizing two choruses staged antiphonally (to represent the people of Antwerp), has been scored for various instrumental "choirs" within the band. The result is one long, massive crescendo, thus creating the effect of the procession starting from afar, but gradually getting closer and closer. The entrance of the full ensemble and the pealing of the church bells signifies Elsa's arrival at the cathedral.