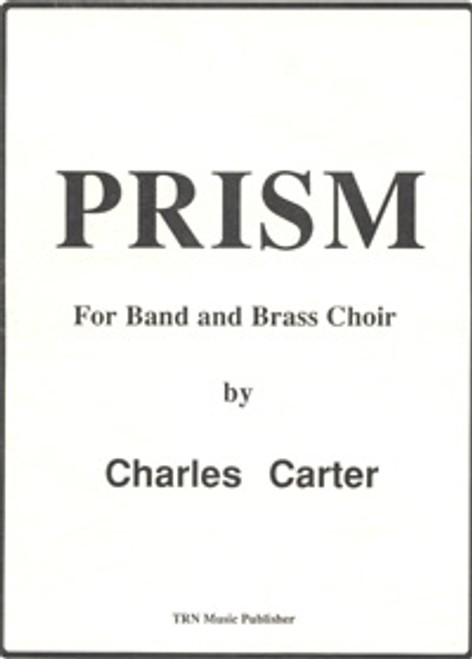 Prism was composed for the Florida State University Symphonic Band and some of the brass players who were in the Chamber Winds at the time. Basically, this is an antiphonal work which begins with a short motive in the brass choir trumpets, and is echoed in the lower brass of the same group. This motive is developed in various ways, building to a climax at which time the Symphonic Band makes its dramatic entrance, the motive now being a full-fledged song form. After a short closing theme the work begins its development section. The development includes a short fugal section followed by a short transition, which builds in intensity to the recapitulation. At the recapitulation, the brass section joins with the band, producing a very powerful sound. There are several other anitphonal sections, including one in the coda. The work ends in a grandioso style with both groups joined together.