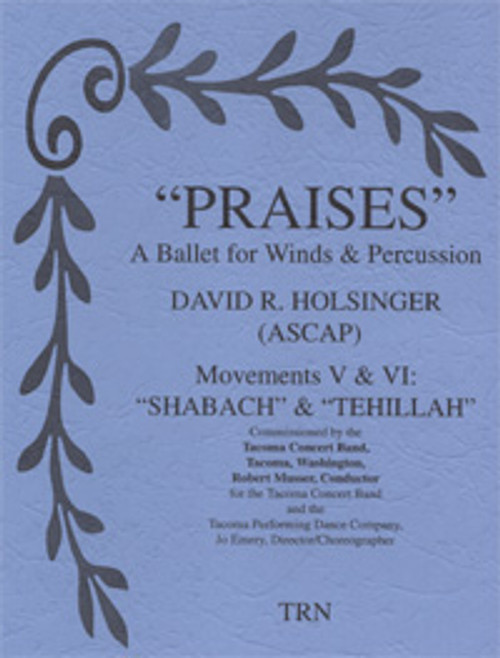 The word "praise" in the English language is defined rather succinctly as "an expression of approval either by commendation, worship, or value merit." We tend to think of "praise" as being, for the most part, celebratory in nature. In the English translations of the Old Testament, the word "praise" occurs numerous times, anywhere from 246 times in the King James version to nearly 350 times in more modern translations. The seven Hebrew words which are translated to the English word "praise" each have very distinct individual definitions, some surprisingly different than our western minds would define as "celebratory." It was on these seven distinctive words that the composer based these dance episodes, written for Robert Musser's adult ensemble, the Tacoma Concert Band, in Tacoma, Washington. Over six movements, the composer has expressed his impression of the seven Hebrew words for "praise" found in the Old Testament Psalms.