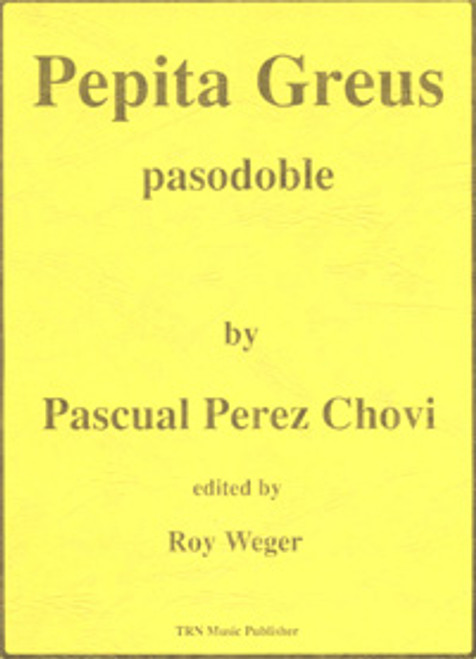 Pepita Greus, pasodoble, by Pascual Perez Chovi, edited by Roy Weger. The original dedication by Chovi was "To the inspired poetess Lady Angela-Josefa Greus Saez." Pepita is a nickname for Josefa (meaning "little Josefa" or Josephine) which was her childhood name. At the age of seven, Chovi (1900-1953) began studying solfege and clarinet with the director of the municipal band in the nearby city of Valencia. By the time he was eleven, the talented young musician was the E-flat clarinet soloist and later the principal B-flat clarinetist in that band. Perez Chovi became conductor of the Municipal Band of Alginet. The band later won first prize at the competition in Valencia. Pepita Greus is the best known of his works.