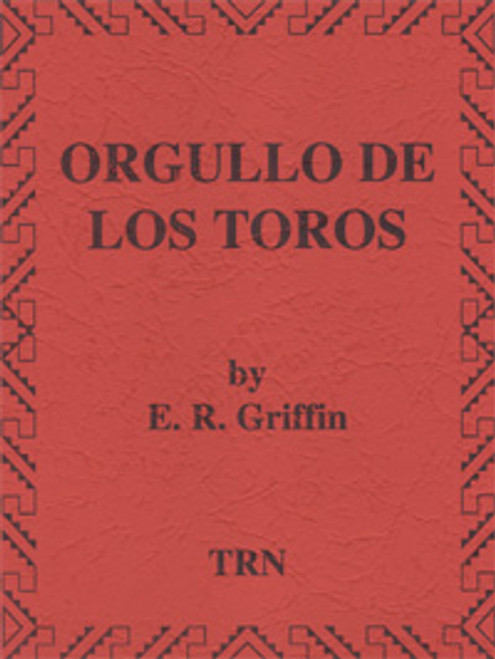 This Paso Doble was completed in early 1996. It was dedicated to, and premiered by the Graham, Texas High School Band and its director, Mr. Ben Hoaldridge. With "Orgullo de los Toros", the composer has made an effort to preserve the unique style of the Paso Doble which gained wide popularity in Texas in the 1960's and 70's. The composition is intended to be played about 112 beats per minute, with notes being played full value and not "chopped", reminiscent of the traditional style established by South Texas bands of that period. While percussion parts are limited and should be played in the dynamic levels indicated, accuracy in style and volume is very important, particularly in the strain beginning at measure 75 where the parts have more prominence than usual. In addition, the baritone/euphonium part should play an integral melodic role on the last strain of the trio. The lilting bass part is essential, as is the harmonic accompaniment, for the spirit of the work. The Paso Doble is scored in a way that doubles some parts that are frequently missing in smaller or younger bands.