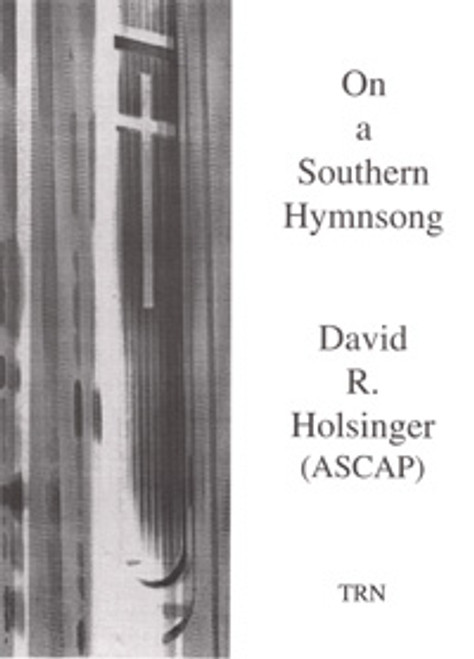 On a Southern Hymnsong is based on the spiritual entitled "There is a Balm in Gilead" found in many denominational hymnals throughout the country. The composer was surprised to find, during his investigation into the song's history, that the origin of this "spiritual" is a bit more cloudy than would be presumed. Although white spiritual were published in shape-note tunebooks two decades before Negro spirituals began to appear in print, both bodies of congragational folk song existed side by side in the pre-Civil War period. It is clear that these bodies of song intermingled and influenced each other but the evidence is insufficient for either tradition to claim priority to several of our more familiar spirituals, "Gilead" included in that list. Regardless of their label, spirituals have become a deeply meaningful expression of a common faith for many American congregations. This Composition was commissioned by Betty Bates, Director of the fine Scottsboro High School Symphonic Band in Scottsboro, Alabama. It join a series of hymnsong compositions based on traditional hymns of America. Previous works include variants on "It is Well ith My Soul", "My Faith Looks Up to Thee", "Were You There When They Crucified My Lord", and "Nothing But the Blood of Jesus."