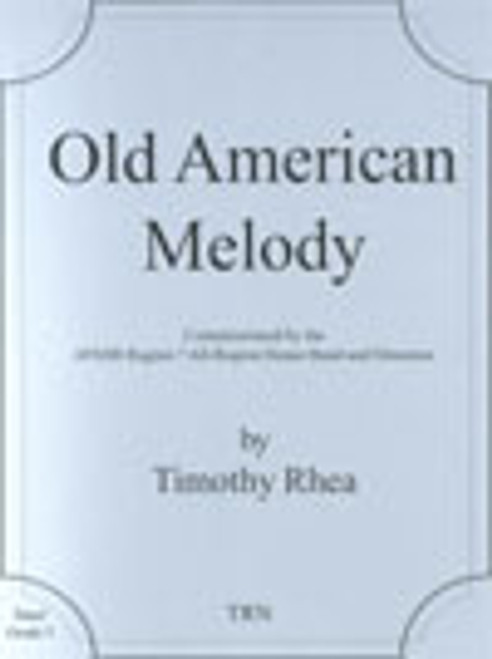 Old American Melody was commissioned by the Region 7 directors of the Association of Texas Small School Bands, for their 2003 All-Region Symphonic Honor Band. It was premiered by that ensemble under the direction of the composer on the campus of Angelo State University. Based on the hymn "How Firm A Foundation," the work was composed to feature numerous solos and smaller instrumental choirs in alternation with more tutti passages. The intent of the commission was to produce an accessible work that would function as a "fanfare type opener" for the honor band concert.