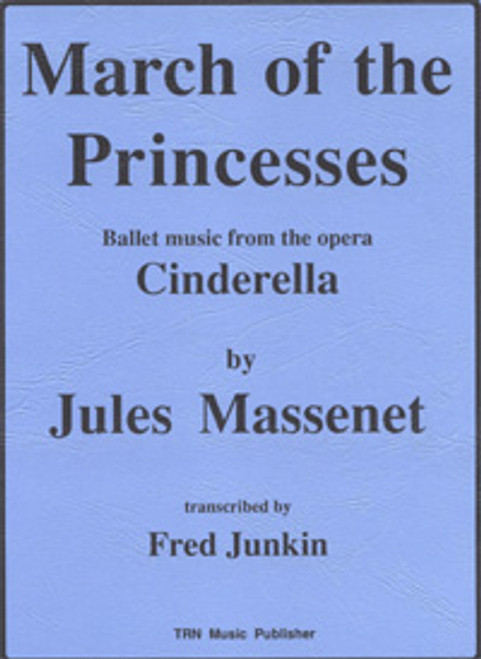 March of the Princesses

March of the Princesses

by the French composer Jules Massenet (1842-1912) / arranged by Fred Junkin. March of the Princesses is a ballet scene occuring near the end of Act II in Massenet's opera, Cinderella, as the procession enters the Royal Hall. The opera was an instant success at its first performance in May 1899, at the Opera-Comique of Paris. This is a fine arrangement, maintaining the lightness of the orchestral score when called for, and using the great sonority of the full band in the tutti sections. The work demands maturity of players. It has no solo demands except for the piccolo.