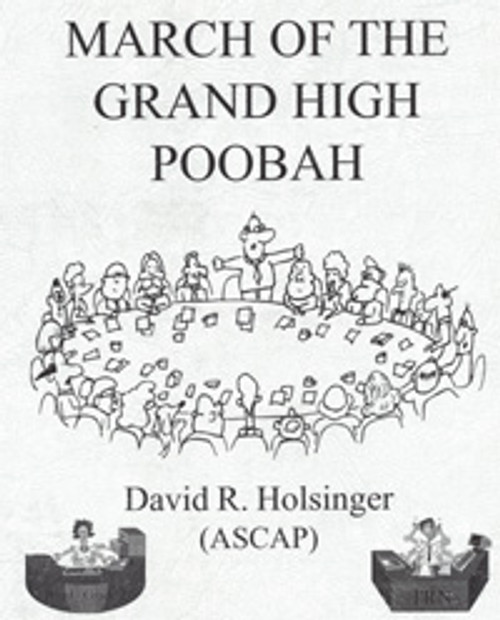 All my life, I've heard the term "Grand Poobah" used in a number of different venues. It normally describes someone who is important, or considered overly-important, if you get my drift. It appears to be a favorite derisive term used in editorials, both in print and on the internet concerned with unscrupulous, or sometimes just stupid, politicians, both local and national. (Or more simply put, for politicians who aren't in your party affiliation.) Occasionally, it is used as a term of endearment. But only occasionally. "Poobah" seems to be predominately a "business" term dealing with the infrastructure of large corporations. On a January, 1998 APHC program, Garrison Keillor described the typical corporate hierarchy by saying that, "The Emperor is at the top of the organization, and after him the Exalted Poobah, and then the executive poobahs, each of whom has a Head Peon, a Yes Man, a dozen Administrative Lackeys, a hundred minions; and each of the minions have a staff of henchmen and stooges; and the main business of each employee's day is to find someone at his or her own level, or higher, to eat lunch with." Of course, in today's business world, the Grand High Poobah is usually designated as he who deserves the longer jail sentence. Personally, I use the term as an affectionate accolade for "those at the top", which usually includes anyone who is higher on the food chain than myself! Sure, occasionally there is a hint of sarcasm implied, but normally, it's just that I don't know what these folks REAL title is and EVERYBODY knows where the "Grand Poobah" lives! This program note is, in essence, a form of "poobahism" verbage. It will take one longer to read these overly-important notes than to actually perform this short march paying tribute for all those guys and gals at the top of the ladder.