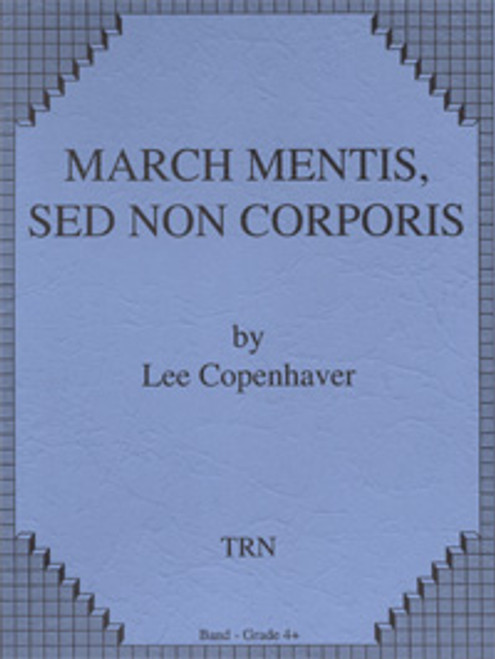 March Mentis, sed non corporis -- a march for the mind, but not for the body
-- pokes fun at march conventions. The unpredictable extra beats and half-beats in the Johann Straussian first strain will foil the foot-tapping crowd, and the wrong entrances are something we can all laugh along with. But there is humor of a more cerebral sort: The second strain begins to go nowhere, and then is interrupted by the return of the opening motive. As a salute to the town and gown membership of many community bands, the first hexachord of a tone row (which has definite popular tune flavor) forms the melody at the beginning of the trio. The inability of the flutes to agree on the key signature, the dropping of a snare drum stick during the softest part of the trio, and the addition of the obligatory countermelodies in the final strain all add up to some very serious musical fun.