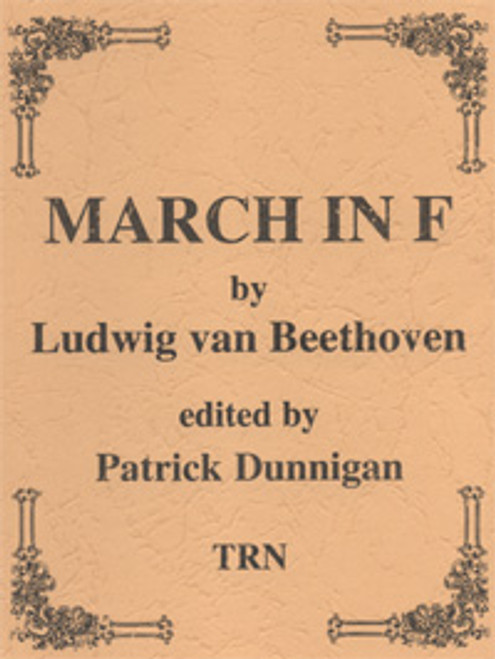 March in F by Ludwig van Beethoven / arranged by Patrick Dunnigan. March in F was written between 1809 and 1810 for "his Royal Highness Archduke Anton. It exists in two versions - with and without a trio. It is one of several ceremonial marches that Beethoven composed during this period. This TRN edition is a setting of the march, with the trio, arranged for contemporary American concert bands. It has been constructed to be playable by a young band without sacrificing musical integrity such that an advanced group might also enjoy performing this brisk and exciting music. Perhaps the greatest compliment that this music ever has received during its long life came from Paul Hindemith, who in 1946 used the delightful first theme as the basis for his second movement, Geschwindmarsch, in a larger orchestral work called Symphonia Serena, a fitting tribute to wonderfully simple music of timeless quality! Now band students of all ages will enjoy performing this original music for winds by one of the great masters.