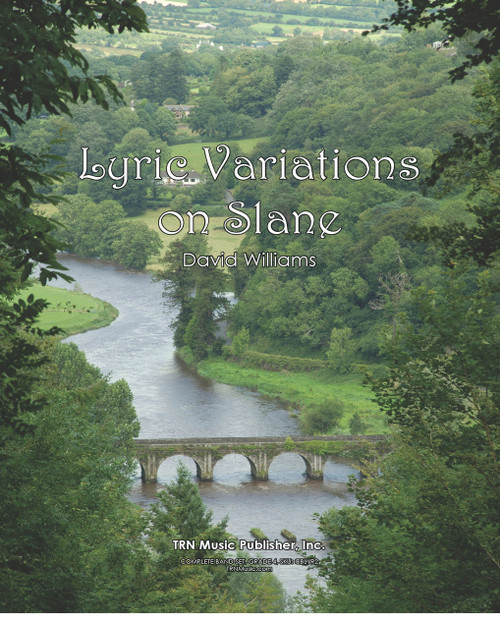 Lyric Variations on “Slane” began as a piano piece composed for my wife Joyce in 1995. In the high summer of 2003, I was casting about for a slow movement for a three-movement piece for concert band that I was writing for a consortium of university and high school bands. I decided that the piano piece would transfer well to wind band. But, the first movement of that piece turned out to work as a stand-alone, and “Slane” became a bit of an orphan. When Grant Cooper, the conductor of the West Virginia Symphony Orchestra, wanted to do one of my pieces when he conducted the West Virginia All-State Band in 2006, he chose “Slane” from a stack of scores I sent him.

“Slane” is an Irish folk song, “The Banks of the Bann,” but it was turned into a hymn tune in the 20th century. My setting starts with the theme in the woodwinds. The first variation is for the brass, warm with rich harmonies. An ethereal variation, led by solo flute, alto saxophone, and trumpet, follows with harmonies built in blocks by winds and brass which grow increasingly multifaceted, if never loud. The final variation leads off with glockenspiel, marimba, and chimes braced by tenor drum and a choir of flutes. A coda recalls the complex harmonies of the final variation before ending with a halo of flutes, clarinets, and mallet percussion.