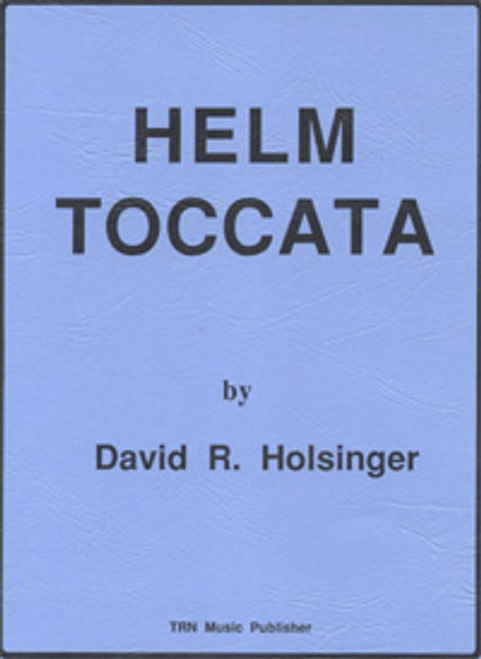 Quoting Holsinger, "I was delighted when Malcolm Helm called to ask if I would write a new work for his band." He had a fine group, which four trips to the Mid-West Clinic in Chicago would indicate. Almost immediately I had a piece in mind for his band - - - a prelude and toccata, reminiscent of the late 19th century organ form, but with that pounding "early Stravinskien" flavor I find personally appealing. But how can you put another "Prelude and Toccata" on the shelf. So, from the beginning, I referred to the work as the Helm Toccata. I could think of only one person who might possibly object -- and that was modest Malcolm Helm." This is a fine work for contest or concert -- not as difficult as "On Ancient Hymns and Festal Dances" and a little more difficult than "Gathering of the Ranks at Hebron".