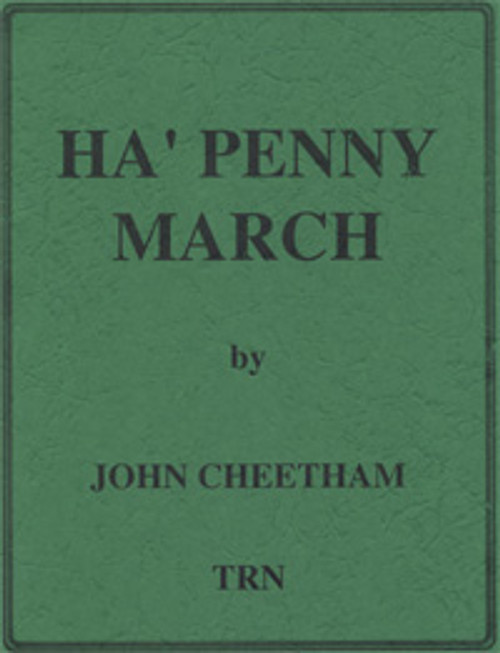 Ha' Penny March won first prize in the 1992 Abraham Frost Competition sponsored by the University of Miami School of Music and was premiered by the University of Miami Wind Ensemble on April 16, 1992. Although the structural design of the work adheres to the traditional march form of two strains and a trio section, the style is contemporary utilizing many 20th Century melodic, harmonic and rhythmic techniques. The title, inspired by a novel by Thomas Hardy, was used here because of the "British" character of the trio sections.