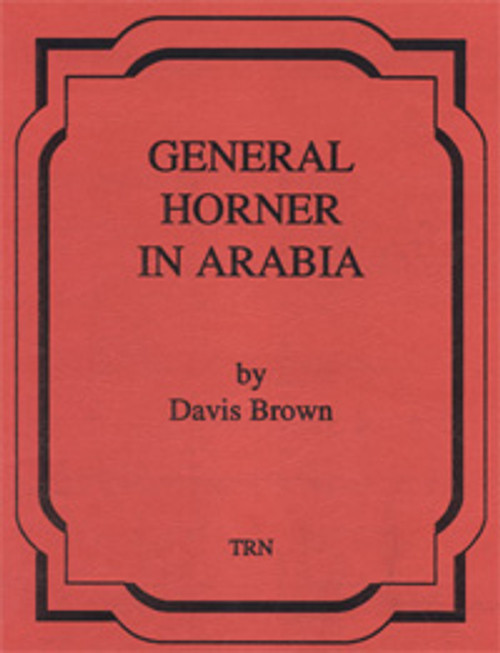 In 1991, the United States Air Force launched Operation Desert Storm, beginning the liberation of Kuwait during the Persian Gulf War. The air campaign was commanded by Air Force General Charles Horner. This march, the third in a series of marches for Air Force organizations, is a tribute to the resounding success of American and allied air forces during that conflict. Today it honors the continuing sacrifices made by the airmen of Ninth Air Force and U. S. Central Air Forces, who maintain constant virgil over threats to peace and security in the region. "General Horner In Arabia" is essentially a Sousa-style march with a Middle Eastern flavor. In the breaking strain, listen for a quote from the theme of an appropriate chosen film.