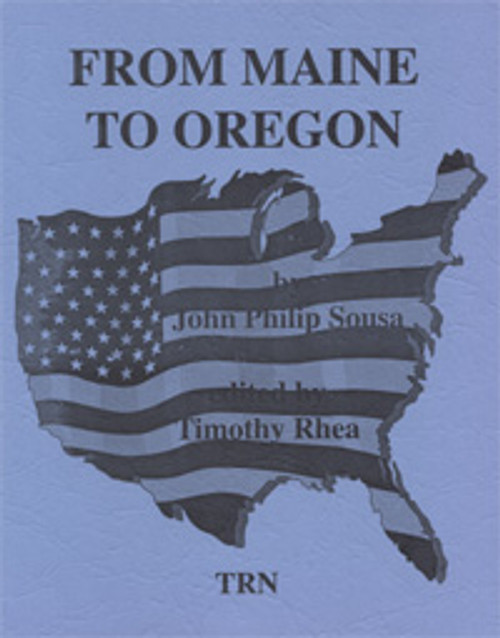 From Maine to Oregon (March)

From Maine to Oregon (March)

John Philip Sousa's march "From Maine to Oregon" was composed in 1913. The march is credited to Sousa's operetta The American Maid. This patriotic production was the last of Sousa's operettas to be produced. This rousing march is not heard often today, perhaps because of its difficulty. This edition was prepared from the original Sousa parts. The editor made no changes in either notes or orchestration, but prepared these materials in order to clarify and make consistent articulation and dynamic qualities. It was done by Timothy Rhea for the 1997 spring tour of the Texas A & M University Symphonic Band.