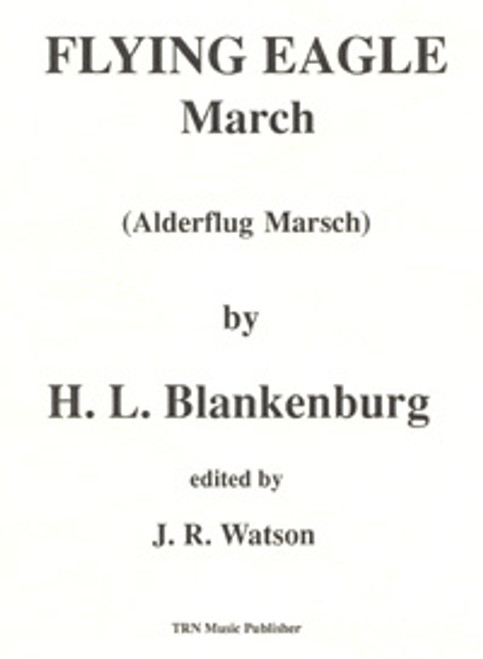 by H.L. Blankenburg, is the translation of the original title of this march - - - Adlerflug. It is opus 67 in Blankenburg's long list of marches. It was written and published in Germany in about 1910 , and published in England in 1914. Gay Corrie, considered by many to be Britain's leading authority on marches, estimates that 140 of Blankenburg's marches were published for band, and about another 160 for piano or salon orchestra, and the remainng 1000 unpublished marches were lost or destroyed during World War II.