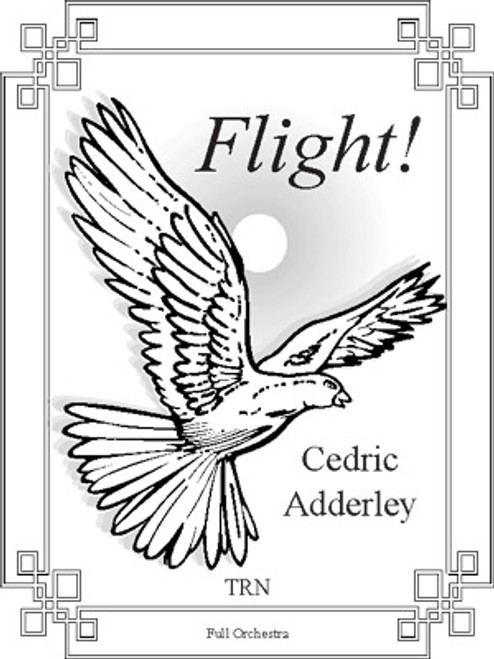 Flight! was commissioned by Colonial/UNUM Provident for the South Carolina Philharmonic, Nicholas Smith, conductor and was inspired by the artwork of the humanist/realist artist Tyrone Geter. It is an energetic, up-tempo fanfare that is structured around two principle themes. The piece derives much of its melodic and rhythmic interest from the opening trumpet motive. This motive is developed and transferred throughout the orchestra for much of the first section of the piece. The middle section employs a number of techniques for thematic development including canon, melodic inversion, augmentation, and diminution. The final section is a recapitulation of the primary theme and ends with a dramatic climax.