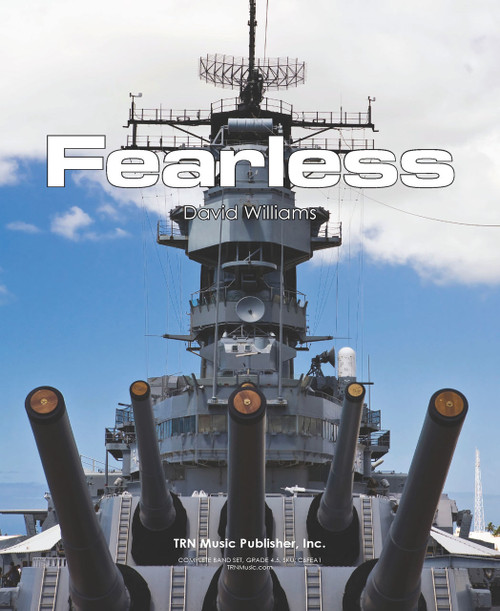 Fearless is a ship’s name. The British Navy has had seven ships with that name over the last couple of centuries. The piece took shape when I was inspired by David Weber’s science fiction novels about Honor Harrington (published by Baen, if you want to catch up on the 15 books in the series so far). In Weber's first novel in the series, On Basilisk Station, Harrington's ship is named Fearless. As a father of a young daughter (at the time), I was entranced by a science-fiction novel with a strong female character. My daughter Katherine started reading the novels, and she suggested I create music inspired by the Harrington stories. Fearless is dedicated to her.

The thrust of the piece is found in a five-beat rhythm in the timpani (that started as a palindrome, but that got disguised for interest's sake) over which music in duple meter (well, mostly) is superimposed. A second, capering idea provides contrast.