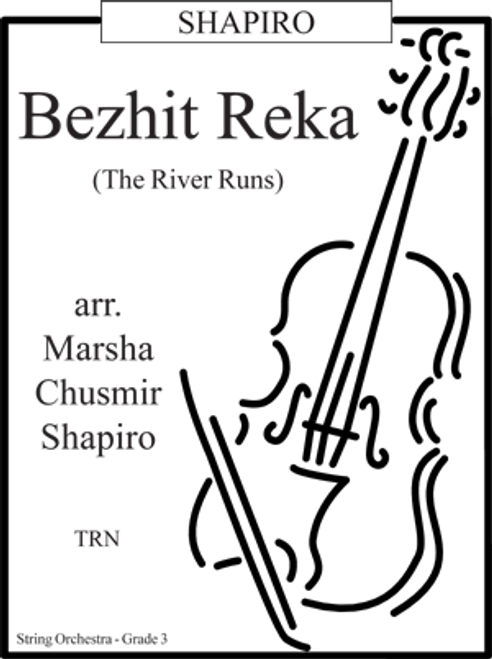 The origins of Bezhit Reka (translated as “the River Runs” or “the River Flows”) is somewhat murky. In most sources it appears as a Russian folksong or a Russian song of romance. However, there are ties to a former Soviet Union composer, Eduard Kolmanovsky (1923-1994) who may have written music for a screenplay incorporating the melody. The River Runs/Flows has been recorded by a great number of artists, but in its various forms and reincarnations, the tune is often barely recognizable.

Marsha Chusmir Shapiro has adapted this haunting melody for string orchestra. As with most of her compositions and arrangements, Mrs. Shapiro gives each instrumentalist opportunities to play “singable” melodic lines by incorporating horizontal as well as vertical scoring.