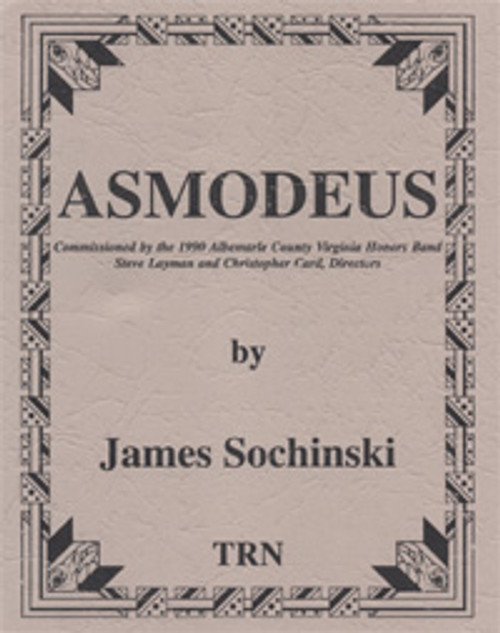 Asmodeus was commissioned for the 1990 Albernarle County Virginia Honors Band, Steve Layman and Christopher Card, Directors. The character of Asmodeus figures prominently in Jewish literature and folklore, particularly in many legends concerning Solomon. The story is also cited in Milton's Paradise Lost, Kierkegaard's Fear and Trembling and Lesage's Le Diable boituex. The tale of Asmodeus, Sarah and Tobias has been interpreted in many paintings, including works by Titian, Patinir, and Rembrandt. It is believed that this is the first musical setting of this tale.