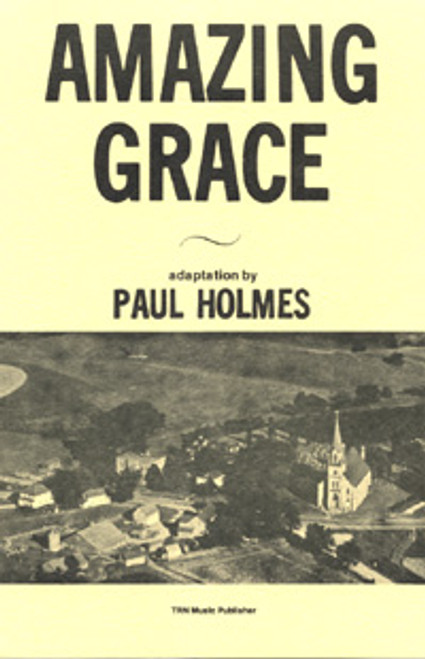 The words for the song Amazing Grace, set to a melody by Thomas A. Arne, were written by John Newton and first published in England in 1779 in a volumn entitled Olney Hymns. When the song was brought to the United States, Arne's melody was dropped in favor of an early American melody.

In 1970, Holmes made his first arrangement of Amazing Grace for solo voice, using the early American melody. This "adaptation" was later expanded to include orchestra, chorus, and soloist and became a part of the FREEDOM SYMPHONY written especially for the United States Bicentennial Celebration. The adaption for band, including ideas from all of the above, was first performed on March 17, 1977 by the Lamar University Symphonic Band, Dr. Charles A. Wiley, conductor.