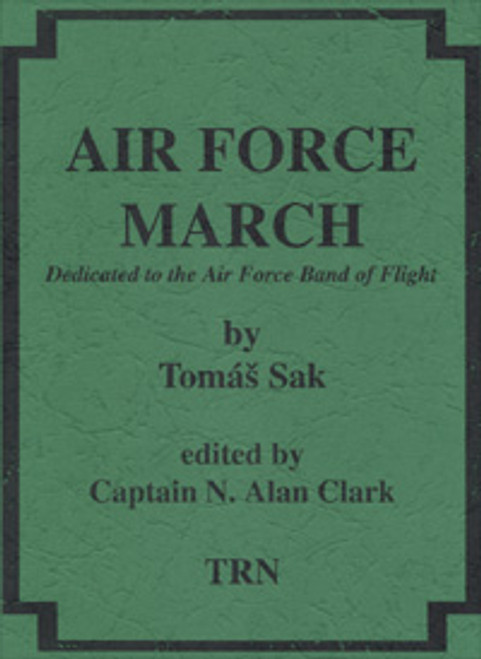 In May of 1990, the Band of the United States Air Forces in Europe was invited to perform in the town square of Plzen, Czechoslovakia (later The Czech Republic) to help celebrate the May 6th anniversary of the liberation of Plzen from the Nazis by General Pattons 3rd Army. The USAFE Band was actually the first American military unit in Plzen since Patton had left over forty years earlier. The crowd on hand that day was estimated at 15,000 people and the musicians were very moved by the outpouring of love and appreciation shown for America and Americans alike. After the performance, Mr. Tomás Sak presented the band with a composition entitled "Metro Kvapic" (Kvapic means galop). Upon their return to Kaiserslautern, Germany and after deciding upon suitable instrumental substitutions (eastern European bands use a slightly different instrumentation than we are used to), Captain Clark rehearsed the work and discovered the outstanding talent of Mr. Tomás Sak. This composition should be played at about mm = 152 or slightly faster . . . but not frantic. The scoring is extremely imaginative and constantly changing. For this reason, each phrase needs to be balanced internally as well as balanced with neighboring phrases in order to achieve a smooth texture and flow. In the trio, pay special attention to the tenor sax melody as well as the cymbal intrusion in bar seven and the trumpets in bar eight. The baritone counter melody and flugelhorn lines are also very important. Use flugelhorns if at all possible - they are an important part of the eastern European sound. Don't be afraid to exaggerate the trombone / baritone half note fortissimo at measure 77, and thoughout the piece, always emphasize the dynamic contrasts and shadings.