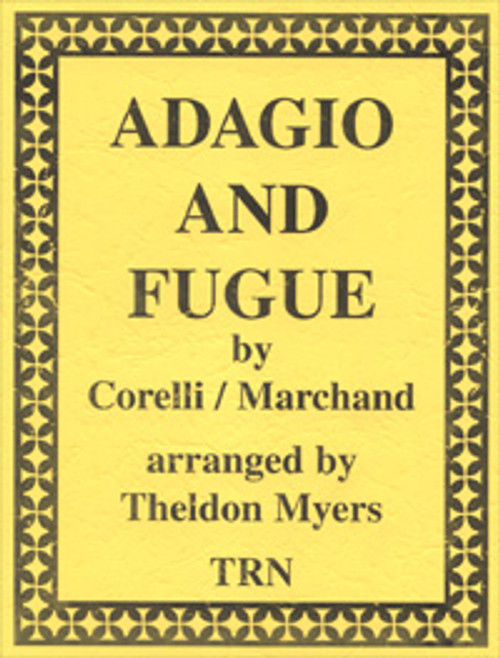 This Adagio and Fugue features a fequently observed fact that music often transcends national and cultural boundaries and finds its own common ground in time. Corelli (Italian) and Marchand (French), both composers of the Baroque period, are coupled by a stylistic unity which might prove the adage that music is the universal language.

Arcangelo Corelli was born in Fusignano, Italy in 1653. He was admitted as a student at the Accademia Filarmonica in Bologna in 1670. He then did some traveling in Germany and went on to Rome as a theater violinist, where, by 1679, he was earning high fees as director of the Teatro Capranica orchestra. In 1687, he became director of music for the household of Cardinal Ottobini. Corelli died in Rome in 1713. He was highly regarded as a violinist and composer throughout Europe, and his compositions in the form of trio sonatas, solo violin sonatas and concerti grossi helped develop a characteristic style for the genres.

Louis Marchand was born in Lyons, France in 1669. He was an organist and composer who lived in Paris from about 1698, becoming Court and Royal Chapel organist at Versailles around 1708. After being exiled in 1717, he moved to Dresden, where, on one occasion, he appeared in concert along with Johann Sebastian Bach, both improvising variations on the same theme. He was later able to return to Paris where he died in 1732.

His compositions include two books of harpsichord pieces, an opera and many organ pieces, of which this Fugue is a fine example of his contrapuntal skill: the subject (theme) appears in measures 1, 7, 18 and 21; answers (theme a fifth higher or fourth lower) appear in measures 4, 10, and 29; measures 12-17, 25-28 and 31-37 are episodes (a kind of digression from the use of the subject).