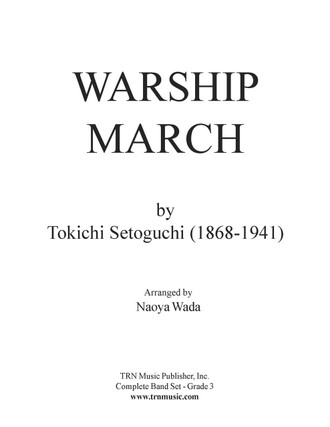 Warship March was composed as the official Imperial Navy March in 1900. Currently, it is the official March of the Japan Maritime Self-Defense Force. Tokichi Setoguchi, director of the Imperial Navy Band, composed the melody line of the first strain, based on the navy song Warship (Gunkan) written by Hiraku Toriyama. The melodic line at the trio is based on the melody of Ceremonial Music Umi-Yukaba.