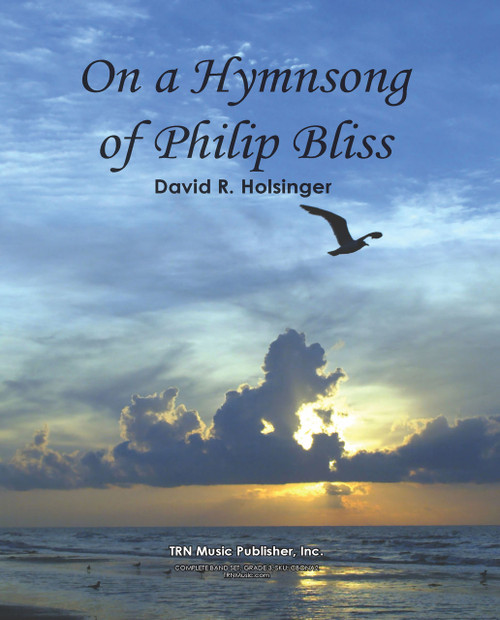 On a Hymnsong of Philip Bliss

On a Hymnsong of Philip Bliss

Horatio G. Spafford, a Chicago Presbyterian layman and successful businessman, planned a European trip for his family in 1873. In November of that year, due to unexpected last minute business developments, he had to remain in Chicago; but he sent his wife and four daughters on ahead as scheduled aboard the S.S. Ville du Havre. He expected to follow in a few days. On November 22, the ship was struck by the Lochearn, an English vessel, and sank in twelve minutes. Several days later the survivors were finally landed at Cardiff, Wales, and Mrs. Spafford cabled her husband, “Saved Alone.” Shortly afterward Spafford left by ship to join his bereaved wife.

It is speculated that on the sea near the area where it was thought his four daughters had drowned, Spafford penned this text with words so significantly describing his own personal grief, “When sorrows like sea billows roll....” It is noteworthy, however, that Spafford does not dwell on the theme of life’s sorrows and trials, but focuses attention in the third stanza on the redemptive work of Christ. Humanly speaking, it is amazing that one could experience such personal tragedy and sorrow as did Horatio Spafford and still be able to say with such convincing clarity, “It is well with my soul...”.

Hymnwriter Philip Paul Bliss was so impressed with the experience and expression of Spafford’s text that he shortly wrote the music for it, first published in 1876. Bliss was a prolific writer of gospel songs throughout his brief lifetime and in most cases, he wrote both the words and the music. This hymn is one of the few exceptions.

There is speculation that this was perhaps the last gospel song written by Bliss. Bliss and his wife, Lucy, were killed in a train wreck in Ashtabula, Ohio, on December 29, 1876. Most sources mention that Bliss actually escaped from the flames at first, but was then killed when he went back into the train to try to rescue his wife. Neither body was ever found.

As a postscript, Bliss’ trunk was salvaged from the wreckage, and in it, evangelist D. W. Whittle found an unfinished hymn, which began, “I know not what awaits me, God kindly veils my eyes....”