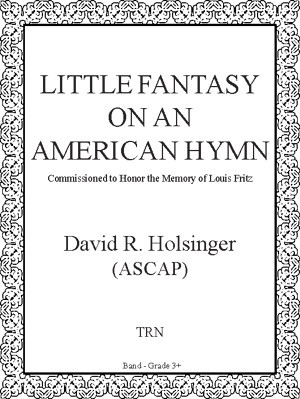 How Can I Keep from Singing? is a traditional Christian hymn with a rather unusual and convoluted history. It was composed by American minister Robert Lowry in 1860. One very interesting aspect of the hymn is that it appears to have always been printed with no time signature. There is a very free form feeling to the hymn, even in its appearance in modern hymnals.

Pete Seeger, American folksinger, learned this song from Doris Plenn, who acquired it from her North Carolina family. His version made this song fairly well known in the folk revival of the 1960's. Seeger's version omits much of the Christian wording of the original and adds a verse. There is evidence that the Plenn family considered the hymn a Quaker Hymn. The song received new prominence in 1991 when New Age Irish singer, Enya, released a recording of the hymn. Like most folksingers, Enya's design was a copy of Seeger's version. The hymn keeps reappearing in one fashion or another, recorded by a diverse collection of singers, fromEva Cassidy to Judy Collins, to Chris Tomlin in 2006.