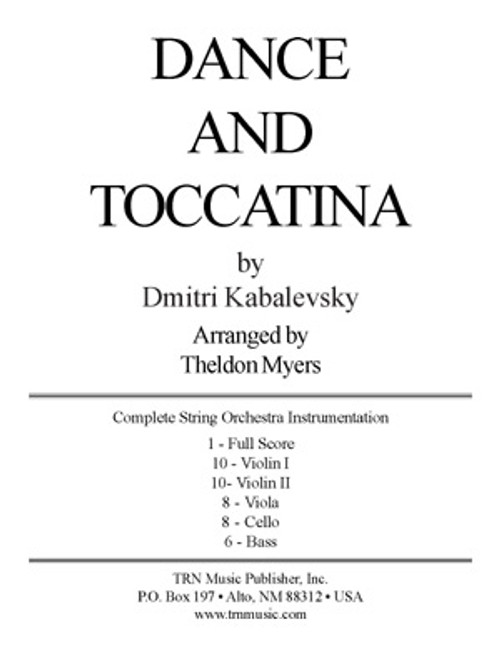 by Dmitri Kabalevsky / arranged by Myers. Kabalevsky is a twentieth century Soviet Russian composer who follows the tradition of Mussorgsky, Borodin, Tchaikovsky and Scriabin. While he has composed symphonies, piano concertos, ballets and songs, he is perhaps best known for his opera Cola Breugnon, which was premiered in Leningrad (St. Petersburg) in 1938 and an orchestral suite The Comedians from 1940. The Dance and Toccatina is arranged from his 17 Easy Pieces for Piano Solo, Opus 27.